Welcome! Regardless of where you come from, there is a genuine, new family of the Bride of Christ here for you.

In 1998 the Lord led Robert and Sandy Krause as a young missionary couple to the people of northern Italy. After finishing an internship in Singapore, they obtained their official visas and began gathering a small group of believers in their home. With a great amount of prayer and very hard work, the group had grown to about 40 people in about 6 months, most of whom did not know Christ.

Planting in those early years was slow and arduous. However, from the beginning we gathered regularly as God’s people. We gathered in large groups and small groups and trained our servant-leaders regularly in the missional work of opening their homes to others. So, our church grew, and diminished, and grew again.

One of the main reasons for this expansion contraction scenario was due to the sizable military population nearby in the city of Aviano which would come for a season and then leave (similar to a university town). Numerous missionaries and pastors said that it was impossible to plant a ministry in Italy with Americans or any foreigners for that matter. Often, that has seemed the case. Joyfully however, we can report that God is regularly doing the impossible through the ordinary people He has gathered as His own.

Similar to a vineyard that needs to be decultivated before it can be re-cultivated, we also struggled through a few unsuccessful attempts to plant ministries among the Italian people during the first twelve years. Now, however, some of our richest and most fruitful growth is coming from among the Italian people as they sacrificially serve and creatively reach their countrymen. We only needed to farm the field long enough.

The staggering fact persists that over 30,000 localities remain without a Gospel witness, and these cities are tremendously difficult to penetrate. Only the Gospel can bring resurrection life to the Italian people. Sixteen years ago, we could only hope to see the vision flourishing as it is right now.

We believe that God has a great heart for the European people. And, at the same time, the faces and languages of Europe are changing. People are moving here to Italy and Europe from all over the world. Serenissima Ministries is now comprised of 20+ people groups of different nationalities, such as Italians, Americans, Africans, Filipinas, Romanians, Spaniards and Moldovans.

As the community of the Messiah, we strive to be a people of God where each culture is welcomed and loved but not made superior to any other culture. In other words, regardless of where you come from, there is a genuine, new family of the Bride of Christ here for you.

Why the name “Serenissima”? 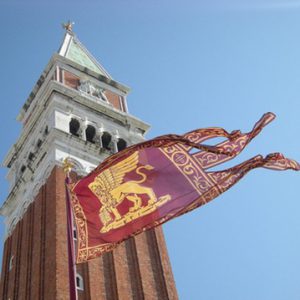 From the very first days meeting together with some young Italian believers, the name for these ministries was apparent. We took the historic, Venetian word Serenissima as our own. Serenissima literally means “most peaceful” and we have come to see that it is one of the best equivalents of the word shalom in the Italian language. It was also the historic name of the 1100-year reign of the Venetian kingdom. This is significant because it is not only a powerful and popular word throughout the regions of northeast Italy, but it also embodies the concept of a prospering people. Serenissima is “the Italian dream” for the northern regions. Our work has been to show a new Serenissima who is wrapped-up not only virtues and wealth, but the very person of Jesus Christ. He is our shalom-kingdom; our Serenissima.